Skip to main content
The University of New Mexico

The Zimmerman Library is listed in the National Register of Historic Places under the Architectural Classification - Late 19th and Early 20th Century Revivals: Mission/Spanish Colonial Revival. The four-panel Kenneth Adams mural Three Peoples is included as a “contributing object” to the Zimmerman Library building” (Sisneros 2020). However, the Adams mural has been controversial since its installation. In subsequent eras, students, staff, and faculty have lodged multiple complaints and protests against the mural (initially, in 1970s, 1993-95, and throughout the 2000s/2010s until today). Most recently, a Zimmerman Mural Planning Committee and Course made recommendations on how to address the nearly 8 decades of protest concerning the offensive content within the mural. Final recommendations were provided to the Provost and President in 2018.

Zimmerman Library is on the National Register of Historic Places (as per US Dept of Interior, National Park Service). This requires State Historical Preservation Officeapproval before we can make changes to permanent aspects of the building. 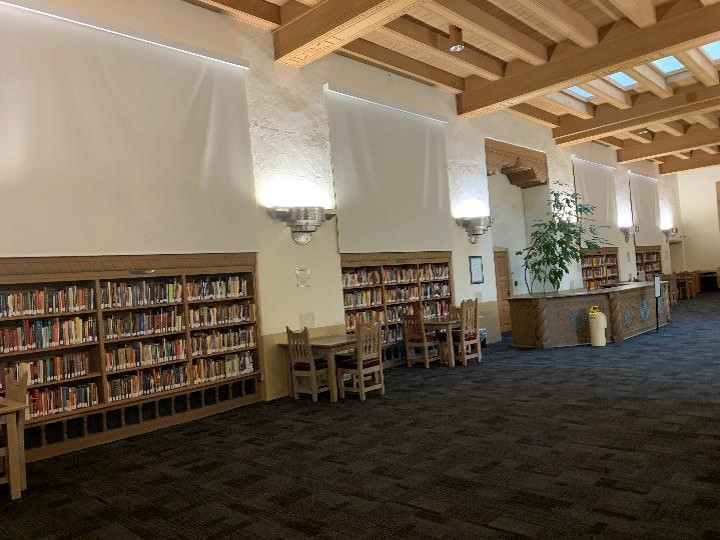 Sisneros, Samuel E. "The Zimmerman Library Mural in the National Register of Historic Places: A Working Paper and Timeline." (2020). https://digitalrepository.unm.edu/ulls_fsp/143